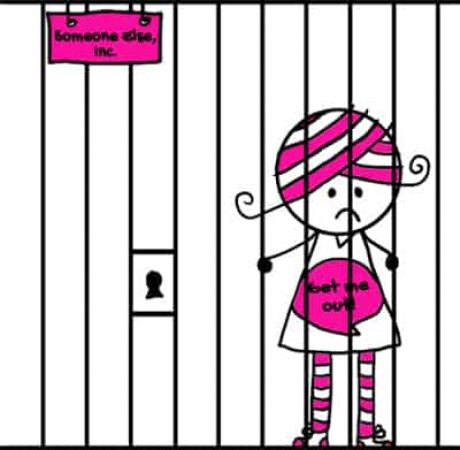 I harbor this secret dream that nobody anywhere is classified as an “employee” anymore. I think we should just completely abolish the structure that we know as “employment by others”. That might sound crazy – or at the least, unrealistic – but it’s a little dream I have for all the people on the planet. My dream is to know that everyone on earth is earning income on their own terms.

I figure everyone can continue doing the same type of work they’re doing if they want to, but no longer as an employee, but as an independent contractor. That way, the service provider (i.e. the worker) gets to have freedom over how much, when, where, and even what they wear to, work – pretty much all aspects of how they produce the results that they trade for cash. That’s how the law (and the IRS) defines an independent contractor – no structure imposed by the “buyer”, (i.e. the “employer”). In this day and age of computers and Internet and video conferencing and global business, there just doesn’t seem to be any reason that anyone has to be chained to one company for their source of income, much less their desk in their office in their building on their schedule following their dress code.

And no one does have to be shackled to one company. People choose to. But… why?

I mean, what joyful bounty are employers giving their workers anymore, in return for their giving up their freedom of choice? Certainly not security. We all know you can get fired for picking your nose under the mistletoe. Don’t count on a regular paycheck either, since if your employer can’t make payroll because they spent all the cash jetting their executives to Thailand for exotic massages, that’s their right. Even benefits (definitely healthcare benefits) have been whittled down to the bone, and yet you still have to pay hundreds per month of your pretax dollars footing the bill for all the pop-drinking/smoking/Hungry Man-addicted diabetics out there. And how many companies can you say have any kind of generous time-off policy? I know one woman who got one week a year only after she had already worked there for at least twelve months. And that included any sick days. Seriously?

What about your limited income potential? Employees certainly don’t get to control how much money they’re going to make… ever. You get what they give you, and by God, you’ll like it, even if the VPs are earning ten times what you make while the company is claiming they can’t afford free coffee in the break room anymore.

Employees rarely (if ever) get to choose their working environment and what priorities the companies will make on how they spend corporate funds (that’s all decided by a board, based on the need to increase share prices for their stockholders… not the employees). What about that shit brown wall color that has been there since 1976? Could that possibly be updated? No, there’s no money for that, especially since the decision-makers work in offices for which they get a decorating budget. What about the dress code? While the owners of the company get to go all out wearing plaid knickerbockers on the golf course, you get to wear button-down shirts, Dockers, and close-toed shoes. At least ties and pantyhose seem to have gone by the wayside at most places.

And don’t get me started on the people you are forced to work with. That guy with the onion-breath who always has his hands in his pockets? Yeah, you know that guy. What about the lady who wears so much White Diamonds that you choke every time you pass her cube, while hearing her constantly screaming at her teenagers on the phone? They’re all there, driving you crazy, and you have no choice but to put up with it.

Everything is decided for employees. And yet… what do they get back? The bliss of not having to think for themselves? I guess that works for some people.

So who does being an employee, by definition, really work for anymore? Certainly not you as a worker, unless you actually enjoy being a mindless drone.

When you decide to be an employee, you pretty much give up all your freedoms within the workplace. Say goodbye to wearing shorts when it’s a thousand degrees outside. Forget being able to take a nap in the afternoon when your brain is turning to blancmange. Never mind having a delicious three-martini lunch with your friends. What if you’re a night person and do your best work at 1am? Tough tits buddy, you’d better be at your desk at 7.30am even if you’re in a coma, because that’s when it’s dictated that you be there. And you certainly can’t get away from the guy next to you who keeps farting in his cube.

You don’t get to choose anything. And for some people, that’s just dandy.

But for many of you – and there are increasing numbers of you – it’s just not okay anymore. Being an employee is becoming so unrewarding that a lot of folks are wondering why they’re doing it. A lot of it is social conditioning. We’ve grown up with our parents and grandparents and teachers and religious and political authorities all telling us it’s about “getting a job!”, when it really should be about “getting an income!”. Those are actually two different things.

Getting a job is about finding a specific position with an employer who will pay you to do certain things on their terms.

Getting an income is about providing some kind of product or service for cash on your terms.

We’ve been brainwashed that the only way to generate income is by trading our freedom for modern-day slavery.

Personally, I think jobs are for people who suck at their trade. They’re for people who think they can’t get their own clients because they’re not good enough at what they do to go out on their own. I mean, if you’re really good at something, why wouldn’t you ditch your overbearing employer and go out on your own? How many really good lawyers start their own firms? Lots of them. They don’t worry about getting clients because they kick ass at what they do and the clients find them. So do doctors and salespeople and inventors and writers and software developers and fashion designers and artists. Even administrative assistants get work for themselves as virtual assistants over the internet, or as independent contractors through agencies. Plumbers, electricians, customer service representatives, even boring middle managers can farm out their management experience as independent consultants. If they’re really good at what they do.

The problem is not about being unwilling or unable to market themselves as independents, which is what a lot of people claim is the reason they stay at jobs they hate. The problem is that they believe they’re not good enough to work for themselves, so they trade their freedom for their own willingness to remain at a certain level of perceived incompetence. Or maybe it’s just  laziness.

Which is fine, we all need people to cook us our hamburgers at McDonald’s or to answer our calls at 3am for insurance inquiries.

But is that you?

And therein lies the rub.

The thing is, I know you can do it. Everyone can. And if you want to talk to me about it, feel free to contact me. We’ll come up with a plan for you.

But as long as you remain an employee of someone else’s dream, you’ll never be truly free. You will ALWAYS be at the mercy of their (or their board’s) decision-making process, and those decisions are always made with their own needs at the top of the priority list. Not yours. Never yours.

You actually have a choice here. What’s your choice?

Facebook
Twitter
LinkedIn
Pinterest
Email
Print
PrevPreviousWhy settling never works
NextBored and miserable? Good. Here are some reasons why, and what you can do about it.Next 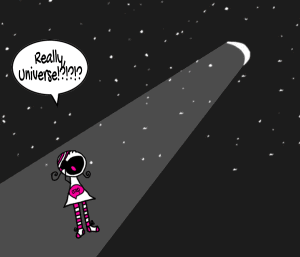 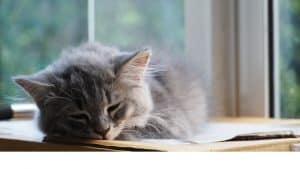 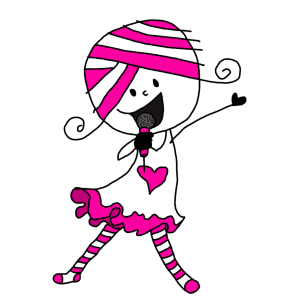