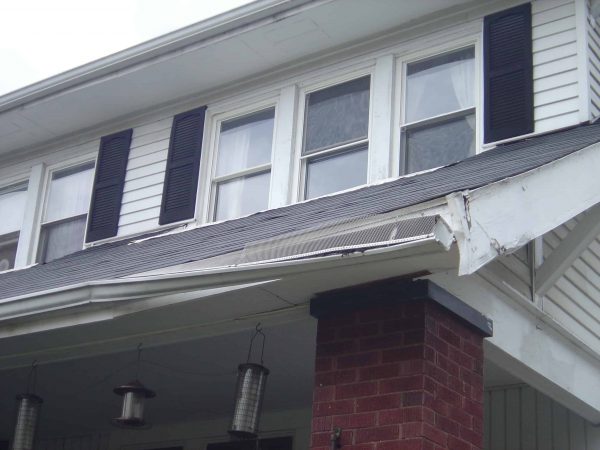 So I pulled about a quarter of my gutter off the house this past weekend as I was excitedly rolling down my driveway in my wholly unsexy moving van. I was so enamored with the fact that I managed to get all the big ungainly furniture out of the house in one afternoon that I chose to ignore the *slight* resistance that met the vehicle as I started moving forward. Who knew the van was that high? Or that I had managed to park it so spectacularly close to the side of the roof? You think I was looking UP as I was backing Gigantor into the driveway??

Naturally I figured the problem was the tires struggling to roll over all the grass and weeds that grow through the cracks in my driveway (yes, my father is ashamed), and while I gave the undercarriage a cursory glance, finding nothing alarming, I decided to “push forth” as I so often do. And, as I so often do, I later learned the consequences of my ways. That was nice. If my house didn’t look white trash before, it certainly does now. There is little more upperclass than low-riding gutter.

At any rate. Squeeeeee! My house is nearly empty! Check it out:

See now next time you think your house is a disaster because you haven’t cleaned in a month, no worries. I haven’t cleaned in a lot longer than that (sorry FlyLady, I just couldn’t keep up), so you can feel really good about yourself. It’s amazing what we don’t see behind those cute little front porches and flower lined paths, eh? I get to live in my demented sloth for one more month before it’s ALL OUT. I might leave a few dustballs and dog hairs just to show the next owners who’s boss, but other than that… GONE. It will be chaos until the magic day of Dec. 3, but who cares! It’s worth it! Life isn’t perfect!

So. Several people have asked me what prompted this decision to become a bonafide nomad. I mean, beyond the fact that it’s a lifelong dream that I wanted to experience. What was it that made it work now? Why now?

Well, in a short sentence, I’d say it worked now because I allowed it to work now. That, and I had a singular obsessive goal of getting rid of my house, under any and all possible circumstances (except ones that included me giving the bank more money). Arson? Yes, I considered it (no, I didn’t yes I did).

What really happened is I got out of the way and let the universe do its magic. It didn’t happen the way most of you might like to think it happened. I didn’t set out to live in an RV for a year, lay out plans months beforehand and create money spreadsheets and notify all interested parties of my impending plot twist. It actually came about as a result of finally closing the chapter on this blasted whiny house story. When your life at last closes a very squeaky door, ’tis true that a slew of windows open up, and suddenly all these possibilities appear. I simply woke up to realize that holy hell! I can do it now, whence prior to, not so much. Get on it, sister!

So, it was a winding and surprising road. It started two years ago, and I had to let go of a lot of judgment and ego along the way. But that is what is often required when you finally decide to go for what you really want. See, life is a bunch of roses, but you might have to spread a little manure first.

But what really happened? How did it all come together? What are the deets for God’s sake???

I’ll tell you the story over the course of several posts. The backstory is as good as what’s coming, so get comfortable, peeps.

The short story is:

All of this happened over the course of two years. One major decision, and shutting the door on the one option that was no longer an option. Being open to the possibilities even if they don’t look the way you think they should.

Actually this is a pretty good outline. Maybe this is all you need to know! I suppose if you want to know more of the details though, let me know in the comments. TMI is TMI, after all. Wouldn’t want to offend your delicate sensibilities!

In the meantime, I shall continue to clear out the house, and test the limits of what I can store in the trailer. I already figured out I can take pretty much all of my clothes. Shoes may be another matter. And cooking equipment. Hm. Well, at least I can look good while eating off of paper plates.

Now my mother is ashamed. 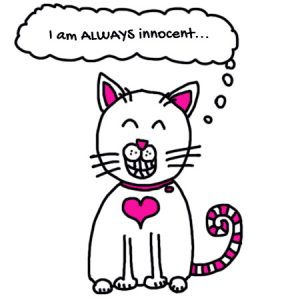 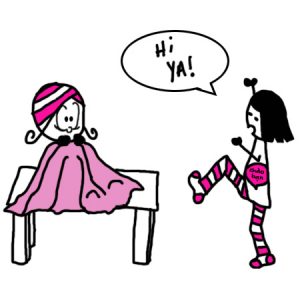 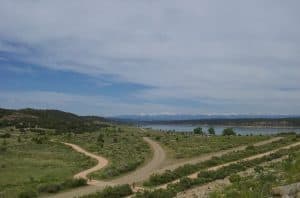